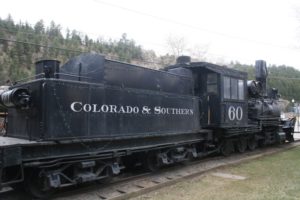 SAS Global Forum 2018 was held in the Colorado Convention Center from April 8 to 11 (Sunday to Wednesday) in Downtown Denver.

Attending a large SAS conference like SAS Global Forum, with its 5,500 attendees, you have to be prepared to “think on your feet”, because nothing ever happens quite the way you expect it to, and finding a specific attendees requires luck and/or persistence. That said I found 60+ friends and contacts during the conference, from as far afield as Australia and the UK, and even met a friend in Denver airport on my way home!

It might be of interest to you that, even though many of the sessions were looking at the newest SAS products and features, including SAS/Viya, attendances generally appeared to be higher in the sessions involving SAS programming. In each session head counts were recorded, so the conference organisers will hopefully be able to see this for themselves. I presented “The Art of Defensive Programming” on the Tuesday afternoon to a full room of 148 seats, and with a queue of hopeful attendees outside. I was told afterwards that the room limit was 144, but 4 seats had been added before I started to present! 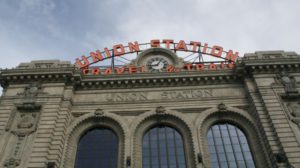 However, I would like to apologise to anyone who attended my paper and was disappointed that my 50-minute paper only lasted 20 minutes. I was making use of the new count-down timer on the desk, which told me how long I had to go, and then had amber and red lights to tell me when I had 5 minutes left and when I had to stop. Unfortunately I didn’t notice that the starting time had been set to 20 minutes, instead of 50 minutes, and nor did the room chair. If there are time left cards, or count-down timers, then I do tend to rely on them, rather than using my own watch, or the room clock (which I couldn’t see in that room anyway). Whenever I present I have specific slides which I use to check how fast, or slow, I’m going, and at the first of these slides I saw I only had 10 minutes left, so I upped my pace. However, I can assure everyone that I didn’t remove any of the content, even though I finished on 20 minutes to the second! I just cut back on the explanation I would have added to each slide, which could have extended my presentation to 50 minutes. Had the room chair or I known that there had been a queue outside, then I could have re-run my presentation in the 30 minutes I had left, so that no-one who wanted to attend would have missed out. But hindsight is a wonderful thing!

During the conference I ran a free prize draw at the ODS Graphics booth to win a copy of my latest book “SAS Programming and Data Visualization Techniques“. I set up the draw on the Sunday afternoon with a printout of the book’s cover and contents, a pile of cards for the entrant’s name and email address, and a box to put the completed cards. Unfortunately the cleaning team in the Quad were super-efficient, and on Monday morning the box with the completed cards from Sunday had gone! I had to borrow a plastic bowl from SAS Publishing for the completed cards, and hope that the cleaning team would ignore it. Anyway by 4pm on Tuesday the bowl was still there with 22 entry cards (although I’d had to replace the printout of the book’s cover and contents on Tuesday morning!), and Christine Grice’s card was drawn by Sanjay Matange. I arranged for an announcement to be made over the public address system, and I contacted Christine using email and the SASGF app, but was unable to find her during the conference. Happily though, since the conference, we’ve been in touch, and she now has copies of the 2 self-published ebooks that were included in my latest book.

After the conference my wife Angela and I went on a day tour into the nearby Rockies, visiting the Red Rocks Amphitheater, where the Beatles, John Denver and Widespread Panic had performed. We also visited several mining towns. Thursday was a very warm day in Denver with temperatures reaching 27C (81F), and Angela and I walked to the Denver Botanic Gardens in the afternoon. Friday, however, was not at all warm, with Denver reaching 6C (43F), but Central City in the Rockies reaching -3C (27F)! Idaho Springs was warmer at 0C (32F), but there was still a frozen waterfall there.

Did I enjoy the SAS Global Forum? Yes!

Did I enjoy exploring Denver and the Rockies? Yes, and I tasted 25 local beers while I was there too!

Would I come back? If I had the opportunity to present in Denver again, then Yes!